The Ongoing Frustrations of a Band and Sports Mom, Part 1

NurseCard is a RN with over 15 years in experience. 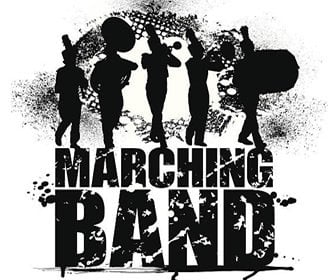 Let's just get right to the point.  Heck with it.

I have a daughter who is active in her school's marching band, as well as her school's archery team.  I have a son who is a budding basketball player.

I want my kids to do well.  I want them to shine.  I do.  I get jealous when other kids get recognized, get the spotlight, while my kids get overlooked.

Oh sure, the kids who are the best basketball players, who make all of the three pointers.. they are the kids who are naturally going to get all the glory.  That girl who made All State band... The only one from my daughter's school to make it... Of COURSE my daughter's band director is going to constantly make every concert, every marching band show, all about his girl.

Let's just talk some more about school band.  It's a sore spot for me.  My daughter loves band.  Absolutely loves it.  Works her tail off every marching band season, just like everyone else.  In fact, her whole section works hard?  What section is she in?  Pit percussion.

The Pit.  The forgotten ones.  In fact, pretty much all of the percussion section gets overlooked by her band director.  His babies are the woodwinds.  You can tell who his favorites are by looking at Facebook.  Evil Facebook.  That social media platform that I really just need to get rid of once and for all.

I however, get very annoyed at band directors who make it so BLATANTLY clear who their favorite kids are.  My daughter HAS worked very hard.  She played an instrument last year that she was VERY unfamiliar with, the Vibraphone, and played as much of a role in helping that band win a State CHAMPIONSHIP, as any other kid in that band.

I take nothing away from that girl, she's a sweet girl and an amazing talent.  But you know... Can you spread it around a little more maybe???  You've got about 60 other kids in your band.  You've got about 4-5 more that you tend to lose your mind over, I know... The rest are just forgotten.  Whether they deserve to be or not.

Ugh... Maybe the director is just trying extra hard to be a mentor to the kids whom he knows are going to go on to make music their lifelong career.   My daughter, while she does love being part of band, considers visual art her passion and is looking at a career in design and illustration.

However, it is so disheartening to know, or to feel like, a band director, or a coach, does not care about your child or feel like they are important, especially when both your child AND you, put so much time and effort into the activity.

I could go on and on.

We'll save it for the next chapter.

NurseCard is a busy MedSurge nurse, when she's not being a busy mom.

You will be able to leave a comment after signing in

Nobody has received reputation this week.